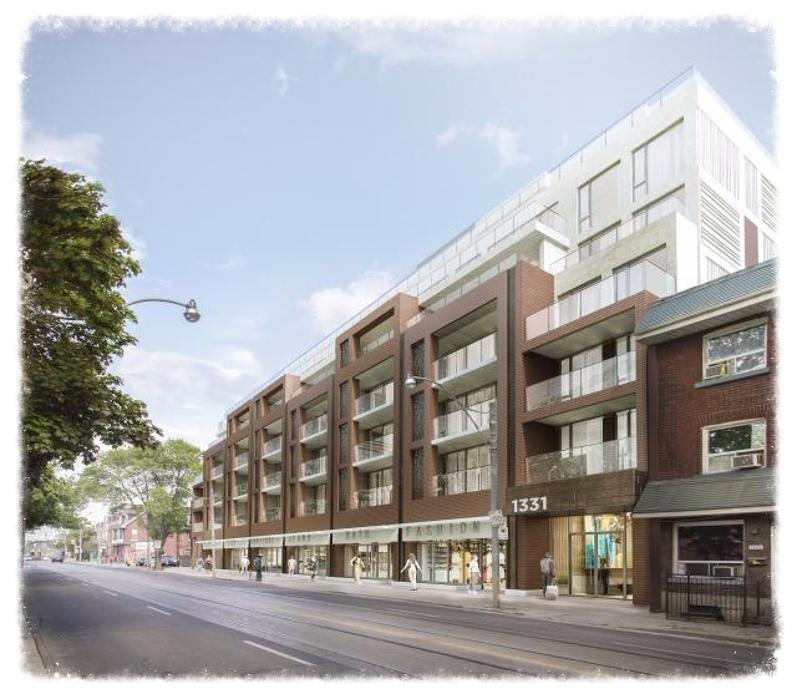 Please Register Below To Receive Brochure, Price List & Floor Plans. By registering below, you consent to your name being added to a mailing list for promotional materials such as receiving GTA-HOMES.COM’s newsletter containing information, updates, promotions and Platinum Access Events on all upcoming projects. We do not share your personal information with third parties. You can withdraw your consent at anytime.

George Condos & Towns by The Rockport Group is coming soon to the Leslieville neighbourhood in Toronto, Ontario.  This mixed-use residential condominium development consists of an 8 storey building with 88 dwelling units as well as 8 townhouse units designed by RAW Design.  This proposed mid-rise building will have retail at grade and is located on 1327 to 1339 Queen Street East with one-bedroom units priced from the $300,000's.

George Condos + Towns is located in the Leslieville neighbourhood of Toronto which is a vibrant community to the east of the Don River and bordered by the railway line down Coxwell Avenue and across Lake Shore Boulevard East.  It has a small village feel and attracts both tourists and Torontonians alike for the many galleries, trendy eateries, great cafes and quaint stores that line the streets.  Young professional are moving into the neighbourhood and high-end lofts and condominiums are being developed which helps appreciate the property values and rents in this area.  This area is also known as "one of Toronto's best brunch destinations" and is a short distance drive to the lake.

Woodbine Beach and the Ashbridges Bay Park where you can see yearly firework displays are also located near the new proposed George Condos & Towns.  The Don Valley Parkway is located to the west of the site and the Lake Shore Boulevard East is located to the south of the site.

Register with us today for your Platinum VIP Access to the George Condos & Towns by The Rockport Group!